Just a girl that loves her horse and writing

I’m getting better about giving with the reins instead of pulling; however, if I’m not looking at my horse’s face and giving him a trillion neck pats, I get insecure and my hands start creeping backward again. I’m especially insecure when we are going over a pole. How can I look at a tree on the horizon when the most threatening thing in the ring is underneath me? Yea, that was brutally honest. Should I edit it out? Probably. I’m going to leave it because think it’s what a lot of people are thinking and struggling to overcome.

Max schooled me on looking at obstacles during our last ride. I was zeroed in on the cone right in front of us and we ended up stopped with it directly under his nose and me leaning over his neck, with my nose pointed at it, too.

I’ve always had a focus issue; I’m either looking at a tree on the horizon or I’m looking at my horse’s face and neck. I know it’s possible to see both, but I zone in on one or the other. It’s just another checkmark on the sit tall, soft hands, heels down list that doesn’t seem to have an end.

This was all going through my head while I was riding today. That and my kid who really wanted to go to the barn with me and then suddenly couldn’t wait to go home as soon as Max and I managed one nice 10m circle at a slow trot. It was a 10m circle because I’ll take a general “somewhere that wayish” direction with Max’s head down over a specific one with it up in the air.

I’m hoping that the confidence we gained from trotting over poles today will become more confidence tomorrow, and I’ll sit up and look where we’re going.

It’s hard to be the girl that’s dealing with all of this while everyone else in the arena makes going straight at a specific pace look like the easiest thing in the world. It’s not that I want to compete against them and do better, it’s just that I wonder if there’s something basic that I’m doing wrong. You know — something other than sitting up straight, having soft hands, maintaining a correct leg position, and looking up.

I just want to shove them in my saddle and see what happens. Does Max relax and go straight or does he toss his head around, try and pull the reins out of their hands, and start tracing modern art in the arena sand? AKA – Is it just me?

Hopefully, I’ll find clarity through this whole process and eventually help Max be his best self. 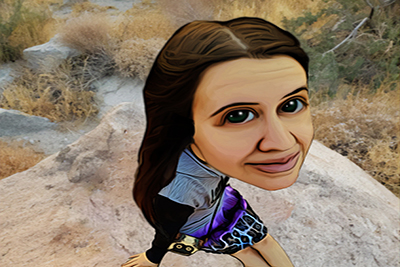 Welcome to my Lippizan Life! My best friend, besides my husband, of course, is my Lippizan, Max. Lippizans are well known for being the beautiful, well-trained dancing horses of the Spanish Riding School in Vienna. Riding such an intelligent and sensitive horse is challenging, frustrating at times, and incredibly rewarding. I hope you enjoy following along with us!

As an Amazon Associate I earn from qualifying purchases.